Such fun this outing was! We woke up to clouds and gloom but pressed on anyways and it turned out to be a beautiful day!! We were supposed to meet up with some people from the local homeschool group, however, unbeknownst to be, there were two corn mazes up the same road! I wasn't sure which one they were at! Well, we went to the second one and let me tell you what, it was a blast!! I am sorry we missed all the good folk from the group, but we had so much fun where we went! :) They had an adorable little farm animals petting area. Complete with goats, sheep, bunnies, baby cows, and potbellied pigs. We had fun petting all the animals and then we went on a trek through the kids corn maze. They also had a large maze that took approx 1 hr 15 minutes to get through! I didn't think we were up to that large of one with the kids and the mud from the rain, but they sure enjoyed the little maze an awful lot. :) Then, we went on the hayride with a bunch of other mommy's and their little ones out to the pumpkin patch. What beautiful pumpkins! They were so large! The kids each got to pick one out of the field. Back at the farm the kids had fun crawling through the straw bale maze, playing in the sand box full of feeder corn(what a neat idea!), spinning in the pvc pipe roller, jumping on the mattresses that were covered in straw, milking a pretend cow, watching butter being made, grinding corn through a grinder, doing a little ducky race thingy, and one of the best things-the Hillbilly Slide. WOW. How much fun! A big slide made from a Plastic pvc pipe, the kids had an absolute blast on it!! They climbed on the tractor, and the old red fire truck-Nate thought that was great fun-and then got to taste the butter they had helped make atop a bit of pumpkin bread! The whole field trip was SO educational and the people there really strived to make it that way. We ate lunch on one of the many picnic tables that were there and also got to swing on the large tire swings they had as well! WOW. What a morning!! We were there for 3 hrs enjoying the fun. :) They even got equipped with plastic bags over their shoes to keep out the mud! Totally recommend this place. Bolinger Farms it was called. It's the place to go! I want to bring Mike! Enjoy all the pictures! I had too much fun taking them and couldn't decide which ones to share on here, so, there are quite a few. More on Facebook. :) We concluded our visit with a popcorn ball each for the kids. (they also had cider and a few other snacks available, all for under a dollar.... lots of fun and totally worth it. ) 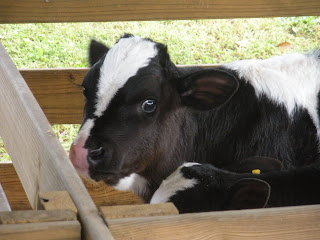 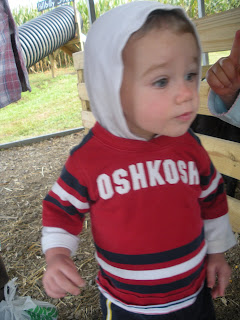 Looking at the animals with wide eyes. :) 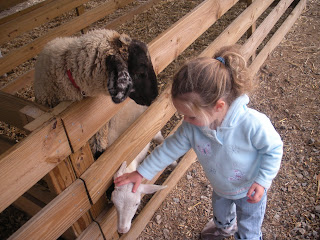 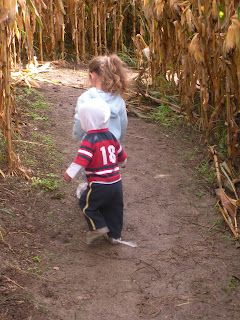 hiking through the corn maze 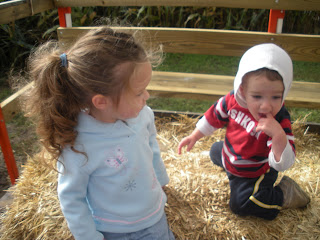 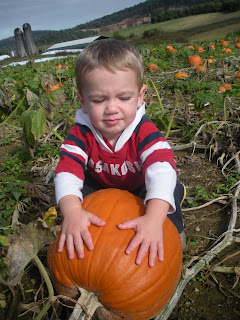 In the pumpkin patch 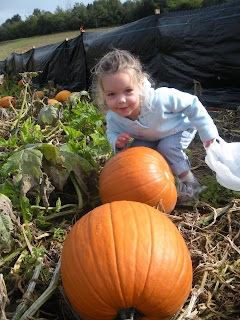 In the corn sand box 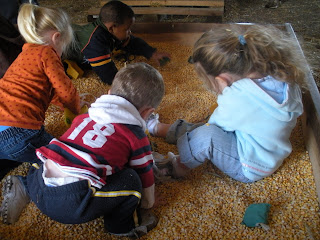 In the straw bale crawl 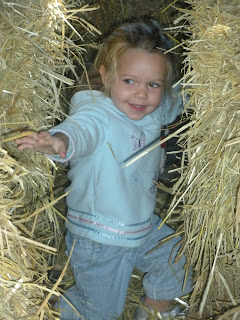 ducky race-really neat -trough's with the water pump and ducky's in the trough. At the end is a water trough that the ducky's fall in to 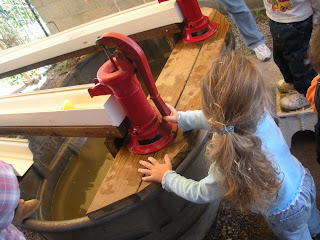 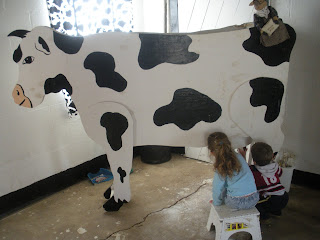 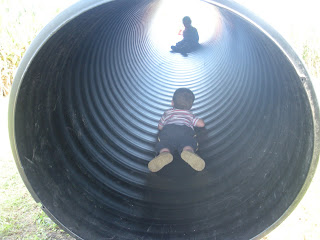 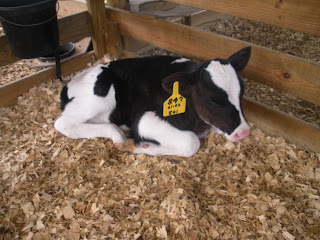 Nate in the old fire truck 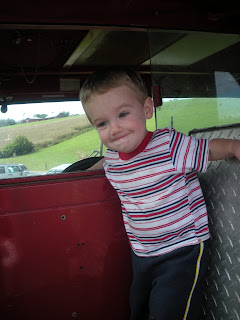 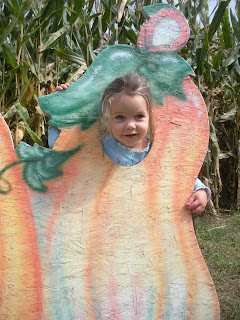 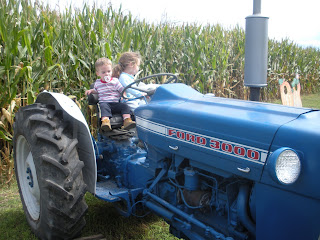 Wrapped all up with a yummy popcorn ball at the end! 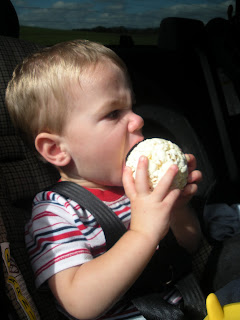 Email ThisBlogThis!Share to TwitterShare to FacebookShare to Pinterest
Labels: Homeschool