Last Sunday morning we made a hurried trip to the E.R. with Nathan and Rebecca. Nathan was doing pretty miserably. Basically, to make long story short, we've all been dealing with sickness for the past 2 weeks around here. Mike started it all out with a nasty sinus infection and Strep. Then Hannah got the strep, and the following week, Nathan got it. But he didn't just get Strep, he also got Croup. He could barely breath and was having a terrible time of it. He didn't seem to be getting much better, and we were pretty worried that what if it wasn't croup, but rather was setteling into Pneumonia or something. Then Rebecca got all stuffed up and could hardly breath either. I certainly was hoping she wasn't getting something as bad as the rest of them! We ended up going to the Children's Hospital E.R. on Sunday morning with the both of them. Nathan was a pretty sick little boy.... 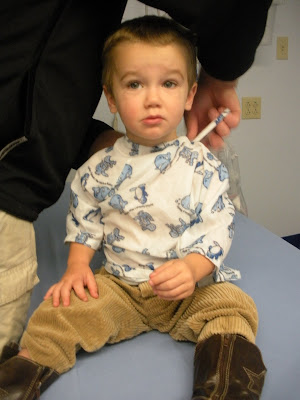 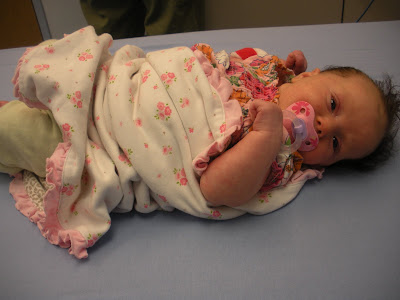 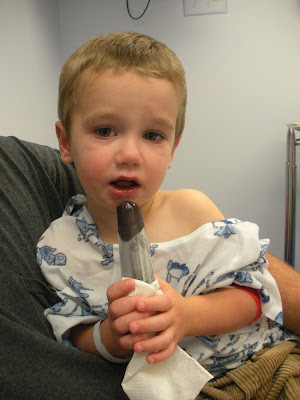 He was so miserable he didn't even want to eat the popcicle the nurses gave him. 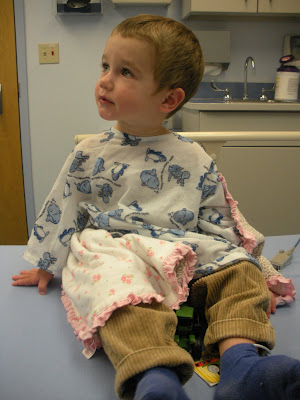 Here he is, starting to feel a little better after a breathing treatment and a bit of medicine to open up his airways so he could breath. 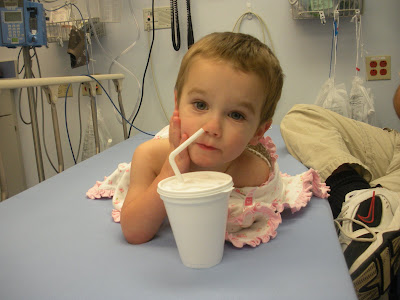 Waiting for his temperature to go down a bit so we could be discharged-sippin' on some cold apple juice.
Here we are, a week later, doing much better. Thank God! What a couple of weeks this has been! Thanking God for His sustaining grace.