The Aftermath of the Food Discussion:

So after I wrote yesterday's post, I went to the grocery store. Because we (as in Mike and I) were simply tired of eating put together's and we actually wanted to eat something that delighted our taste buds. I had the most aggravating grocery store experience ever, I must say. The store that I frequent and can whiz through in about 20 minutes is remodeling and everything is in a different place. Plus, the store is now larger. Let me tell you, it was really frusterating trying to find everything!
However! I triumphed and came home with some ingredients for some fun dishes to create. The first thing we made was Greek Isle Pizza. Which, for some reason, I am unable to pull up on the Taste of Home website for its picture. (it just dawned on me that I DID take a picture of it last night... but then I'd have to go find my camera and begin the arduous task of uploading it... At any rate-picture a pizza loaded with fresh spinach, feta cheese, sundried tomatoes, kalamata olives and thinly sliced red onion.... oh yeah. It was SO good. i think I could have eaten it all night. But then, the two pounds that I have lost in the past 2 weeks would then be nullified. So, I resisted. ;)
Moving on. Sabbath dinner- Vegetarianized Turkey Tetrazzini. I used TVP soaked in chicken style broth for the meat part of the recipe. 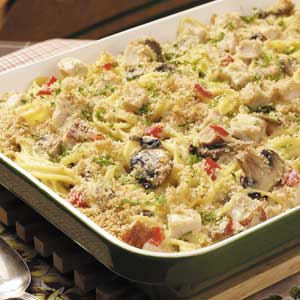 I made these brownies for dessert. Minus walnuts because I decided to be nice to my hubby today and forgoe on his least favorite thing in a brownie... too bad, so sad. I love walnuts. Oh well. Hope he likes them. ;) 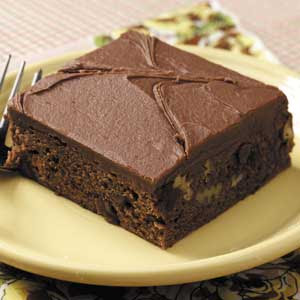 I am planning on making this Corn Tortilla Chicken Casserole, also vegetarianizing it. Looks SO yummy and I have a package of corn tortillas in the pantry just waiting to be used! Yay! 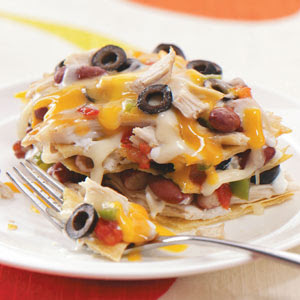 There also were some tempting Saucy Portabello Pita's that I thought to make, but I couldn't find any pita pockets this time around and the price of portabello's was extravagent. Next time, eh?

After I wrote yesterday's post, I was admonished by several to coupon. That is would in turn, cut my grocery bill down considerably. It's worth a try, right? I think I'm going to look into it. Anything to save in the grocery dept. And the diaper and formula dept.

Happy eating y'all. Have a great weekend! :)

Email ThisBlogThis!Share to TwitterShare to FacebookShare to Pinterest
Labels: cooking