It was a late night last night. I'm sure many of you had a late night as well....
We started our festivities late in the day. After cleaning the house and redecorating in my Primary classroom that I teach at church, and a quick run to the store for a few foodly necessities and such and then we began prepping the grilling items. We did the corn and the burgers. The rest of the crowd brought melon and chips, pasta salad, a veggie plate, beans, and dessert. Lots of really good food. It's amazing how fast you fill up though! I didn't capture any food and eating pictures. Guess I didn't even think about my camera. Until later. Later after Rebecca was put to bed at 8 o'clock after a long nap-less day...
Later, when the other two kids and their cousin and his friend were all catching fireflies. That's when I brought my camera out. Hannah and her cousin with their jar filled with fireflies. They had such fun catching them. You've never heard such squeals of delight and excitement- "I found another one!!!" 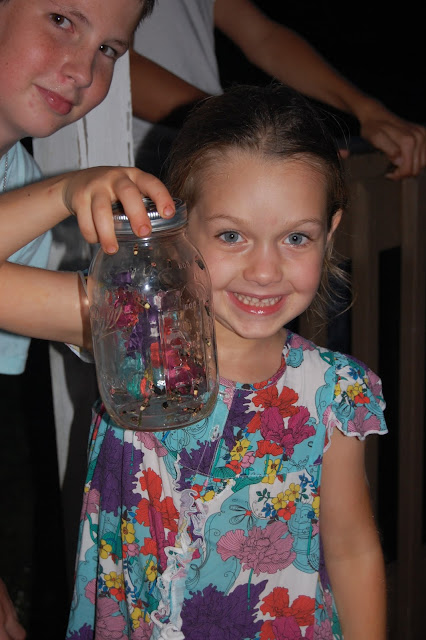 And of course, Independence day wouldn't be the same without at least a few fireworks. Mike bought a box and his uncle had a box. So we had our own little show outside in the drizzling rain. 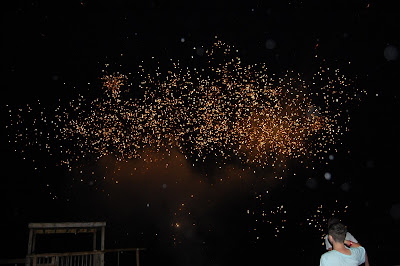 A pretty little show. :)
And Hannah and Nathan climbed in their beds at a quarter after 10 and mommy and daddy followed suit. *zzzzzz*
The kid's slept til nearly 9 this morning and I honestly think I could have slept all day if I could have. Ha! But since when has that ever happened after entering children into the plan? ;) Oh well. They are more than worth it. Their snuggles and their love and their smiles and laughs of joy... they all make up for those extra hours of lost sleep...some how. ;) 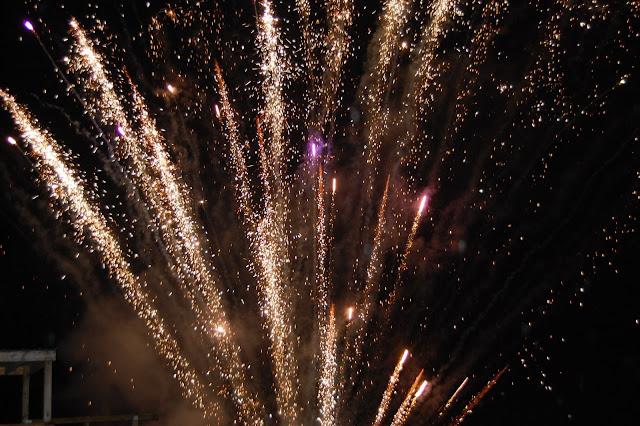